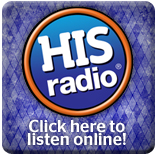 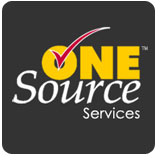 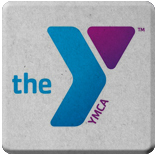 Michael W. Bowman Jr. is a proud underwriter of RBL 2017!

Many people do not understand the thoughts, emotions, and constant pain of being the “big guy.” Growing up in a smaller town where everyone knew you and your family, you could not hide. I was a tiny child until 4th grade where I turned to food to cope with the difficulties of life. My father and mother worked non-stop, which resulted in my grandmother raising me most of the time. Our connection was food, she loved making it and I LOVED eating it. I would arrive home after school where I was greeted with pizza, chicken nuggets, or a plethora of desserts. I was “happy” as long as I had food. By the start of 5th grade I had ballooned to 200lbs, this led to a hatred of going out and doing any type of physical activity. I dredged through 5th into 6th eating continuously to rid myself of the “pain of life.” I would skip school on the “pool days” because I hated my body and whom I had become. I had no self-worth, so I did the one thing that I was good at, eating. This lifestyle continued until 8th grade where I was 235 pounds and the biggest kid in my class; I hated life. A series of events occurred that paved the way for me mentally to make a change. In one year, my grandmother that had raised me passed away from lung cancer, my 31 year old aunt passed away from breast cancer, and my grandfather passed away from brain cancer. I felt like I lost my mother the day my grandmother passed away, I knew her better than anyone and she was always there for me when no one else was.

I broke in 8th grade, I realized that my actions of that day could change the rest of my life. I decided to take up basketball! The pain associated with the start of running and jumping was immense and often led me to a point where I wanted to give up. Thankfully I had a circle of people around me that “stepped-up” and held me accountable by asking me every day if I would go play. Growing up in Maine, I had a few obstacles to overcome playing basketball. The primary one being, SNOW, mounds and mounds of snow on the ground for 7 months. This did not stop my determination in those days, we suited up gloves and all. Shoveled the courts, streets, and at times our yards to play. We played so much that neighbors asked us to stop bouncing the ball, they couldn’t take the sound of it anymore.

By the end of 9th grade I was 160 pounds with a 31” waist! I now had a group of friends that played basketball every day from when school let out until our parents would make us come home. I was addicted to becoming the best possible version of myself. I never wanted to go back to where I was and it was the people that came around me and held me accountable that helped shape the young man I had become. Unfortunately it took the passing of 3 relatives to wake me up to fact what I put in my body has great impact both now and in the future. My journey to better health was not easy, a lot of hours, a lot of sweat, and often tears went into those workouts. I hit my plateaus, but kept on moving. I had my weight gains, but kept the constant effort.

I am reminded almost 20 years later that it still takes a constant effort, your day-to-day choices will determine both and the future. It is not easy, I can still “taste” the food my grandmother would make for me and salivate at the thought. You have to protect your mind and be conscious. Many people with addictions (smoking, drinking, drugs, etc.) can stay away from those things, but you are constantly faced with food. You need it to survive, which makes it a prominent challenge in your life during your journey. I know the challenges you face, I know the pain you feel, but I also know what living a victorious life feels like. I haven’t met most of you, but I think of you often. You are facing your giant, and during this time I am praying for you. God has given you the tools you need to take care of the body He has given you! You all are in my thoughts and prayers. I look forward to hearing about and seeing your transformation mentally, physically, and spiritually.